From Antiquity to present

Diamonds are thought to have been first recognized and mined in India, where significant alluvial deposits of the stone could then be found. The earliest written reference can be found in the Buddhist text, the Anguttara Nikaya another sanskrit text, the Arthashastra, which was completed around 296 BCE and describes diamond's hardness, luster, and dispersion. Diamonds quickly became associated with divinity, being used to decorate religious icons, and were believed to bring good fortune to those who carried them. Ownership was restricted among various castes by color, with only kings being allowed to own all colors of diamond.

In February 2005, a joint Chinese-U.S. team of archaeologists reported the discovery of four corundum-rich stone ceremonial burial axes originating from China's Liangzhu and Sanxingcun cultures (4000 BCE–2500 BCE) which, because of the axes' specular surfaces, the scientists believe were polished using diamond powder. Although there are diamond deposits now known to exist close to the burial sites, no direct evidence of coeval diamond mining has been found: the researchers came to this conclusion by polishing corundum using various lapidary abrasives and modern techniques then comparing the results using an atomic force microscope. At that scale, the surface of the modern diamond-polished corundum closely resembled that of the axes; however, the polishes of the latter were superior. 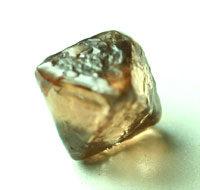 Diamonds were traded to both the east and west of India and were recognized by various cultures for their gemological or industrial uses. In his work Naturalis Historia, the Roman writer Pliny the Elder noted diamond's ornamental uses, as well as its usefulness to engravers because of its hardness. In China, diamonds seem to have been used primarily as diamond tools for engraving jade and drilling holes in beads. Archaeological evidence from Yemen suggests that diamonds were used as drill tips as early as the 4th century BCE. In Europe, however, diamonds disappeared for almost 1,000 years following the rise of Christianity because of two effects: early Christians rejected diamonds because of their earlier use in amulets, and Arabic traders restricted the flow of trade between Europe and India. 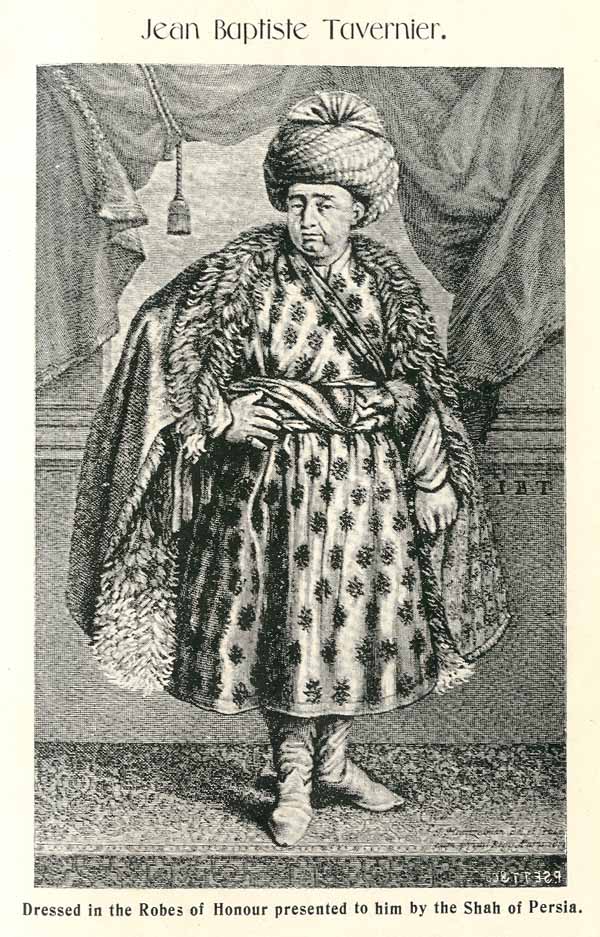 Until the late Middle Ages, diamonds were most prized in their natural octahedral state, perhaps with the crystal surfaces polished to increase luster and remove foreign material. Around 1300, the flow of diamonds into Europe increased via Venice's trade network, with most flowing through the low country ports of Bruges, Antwerp, and Amsterdam. During this time, the taboo against cutting diamonds into gem shapes, which was established over 1,000 years earlier in the traditions of India, ended allowing the development of diamond cutting technology to begin in earnest. By 1375, a guild of diamond polishers had been established at Nuremberg. Over the following centuries, various diamond cuts were introduced which increasingly demonstrated the fire and brilliance that makes diamonds treasured today: the table cut, the briolette (around 1476), the rose cut (mid-16th century), and by the mid-17th century, the Mazarin, the first brilliant cut diamond design. In 1919, Marcel Tolkowsky developed an ideal round brilliant cut design that has set the standard for comparison of modern gems; however, diamond cuts have continued to be refined. 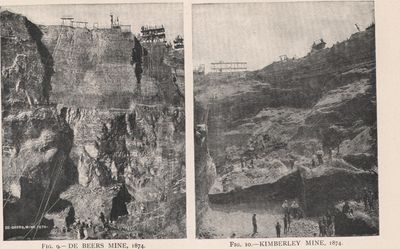 The rise in popularity of diamonds as gems seems to have paralleled increasing availability through European history. In the 13th century, King Louis IX of France established a law that only the king could own diamonds. However, within a century diamonds were popular gems among the moneyed aristocratic and merchant classes, and by 1477 had begun to be used rarely in wedding rings. Diamond wedding rings didn't gain widespread social significance until the De Beers company started marketing the idea through cinema beginning in the 1940s. A number of large diamonds have become historically significant objects, as their inclusion in various sets of crown jewels and the purchase, sale, and sometimes theft of notable diamonds, have sometimes become politicized.

You are using an old web browser, please upgrade it.